rKlotz - yet another blog engine in go

Finally, I made it! Started the project in July, worked on it for several days, then suspended it, returned several days ago, gave it new name, spent several evenings and now – it’s production-ready.

About a half of year ago I started to look closer at the go language – it it quite simple and have concurrency as its killer-feature. But solving tutorial tasks is quite boring, so I decided to do a project using this language and its technologies. My first idea was a web-based game and I started to implement it with Revel as web-framework, GORM as ORM and Postgres as DB. I even made several pull requests to GORM to implement couple features that I required. But couple weeks later I understood that project progress moves too slow as I don’t have enough experience neither with go language nor with its tools to complete the project in appropriate time. So I decided to implement much simpler project first. And for me, the most simple web-project type is simple blog engine.

I choose web-framework quite fast – Gin Gonic is small and fast one, has everything I need for my new small project. Another cool project I found is Pongo2 – template engine with Django-like synthax, and I find this type of synthax to be the one I like much more than go html templates. I abandoned the idea of writing common blog engine with common relational (MySQL, Postgres) or No-SQL (Mongo, Redis, etc.) solution as I wanted to write something new and interesting for me. I thought about static blog with posts saved to SQLite or, even, files, compiled to HTML on save and served by web-server. But then I found the BoltDB project. It was exactly what I needed – pure-go, simple and no db server required, everything is stored in a single file, like SQLite, but with high performance out-of-the-box.

As BoltDB is simple key-value storage I implemented indexing for posts and found that go-routines perfectly solve this task. Every time author saved a post re-indexing is executed in go-routine. Indexer iterates over all saved posts and builds several maps – paths map for accessing posts by human-readable link, tags map to filter posts by tag and, the most important, pages map – cache of posts pages for visitors.

Another thing that was difficult to choose for me is default theme. I did not want to use Twitter Bootstrap as I used it for many another projects and wanted to try something new. I tried one free blog template, tried one paid and finally came to Zurb Foundation that is very similar to Bootstrap, but not Bootstrap =)

Few words on the project name. Phil Karlton mentioned: “There are only two hard things in Computer Science: cache invalidation and naming things.” I solved the first one quite easy – rebuild cache on every post modification (and server restart). The second one was much harder for me. Blogo – was the first name I gave to this project. I did not like this name a lot, but it was better that nothing. Later I found another project with the same name in Apple App Store (as for me – expensive and useless app with WP and Evernote integration) and decided that new naming is the highest priority task =) As I currently learn German I wanted something in this language. Blog in German is das Blog that is not so interesting, but block (that sounds like blog, yeah =)) is der Klotz, that is more interesting. Removing couple letters and space turns der Klotz into rKlotz =)

Published it under BSD-3 license on GitHub. PRs are welcome =)

PS: still have some open issues that must be resolved before 0.1 release 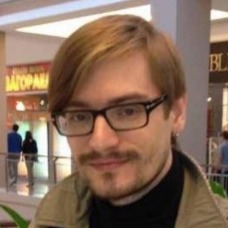